Hearthstone’s Future: Does it bode ill without Brode’s will?

Hearthstone’s Future: Does it bode ill without Brode’s will? 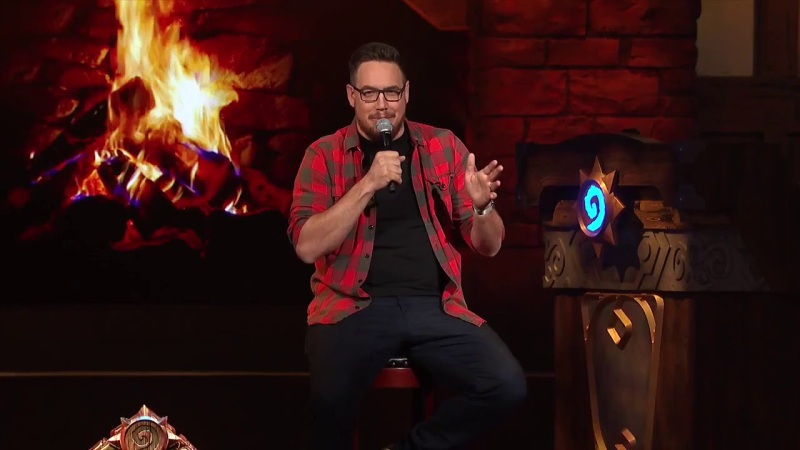 Excerpt from Ben Brode’s farewell message on the forums:

“To my friends, coworkers, and the Hearthstone community,

After 15 years at Blizzard and almost 10 years working on Hearthstone, I have made the incredibly difficult decision to embark on a new journey.

Man, that was a hard sentence to type.”

For fans of Hearthstone, losing Ben Brode is like Disney losing Mickey Mouse. (Which is also happening this year btw, but that’s another conversation.) Since Brode stepped into the position of Game Director of Hearthstone, he has taken on the face of the franchise and been a touchstone of trust for the community. As one redditor put it:

“The dude is uncommonly gifted in developing a positive rapport with a large community in a way that is tremendously beneficial to the company. For as frustrated as players get with any game – and hearthstone is no exception – he manages to mitigate a metric sh*t-ton of it and maintain the relative peace.”

Ben Brode provided a rap theme for the Ungoro expansion, at fan request

Brode’s departure comes as a shock to many, but its not unheard of for the Game Director to change suddenly in the industry. When Brode initially took the position in 2016, he replaced Eric Dodds, whose position at Blizzard now is a mystery, and whose reason for being replaced was never fully explained to the public. The prevailing theory among the community was that Dodds moved to an unannounced project and has been working on it ever since, but that is unsubstantiated as of this writing. Dodds and Brode worked side by side to create Hearthstone, but it was Brode that ended up taking over as the Game’s Director, whilst Dodds has all but disappeared from the public eye. If Dodds did move to some secret Blizzard project, it might explain some of the reason why Brode was expressing a desire to “create” again. In another excerpt from his farewell message, there’s a glimpse into Brode’s dissatisfaction with the Director position:

“I get too much credit by virtue of being a public face, but the 80+ people on the development team are still there, and they are the ones actually making the cards, brawls, events, missions, and features.”

Regarding what his new startup company will be doing, Brode was cryptic:

“We’ll probably make games, but we haven’t figured anything else out, yet. I’m looking forward to designing, programming, and actually creating things again.” 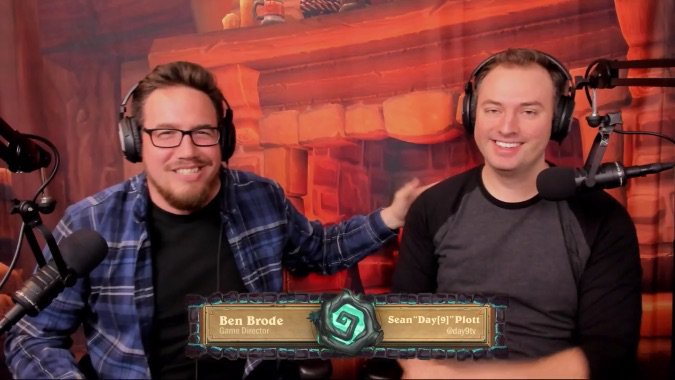 The italics tell a story. To go from actually designing Hearthstone to just being a public face may have felt like a loss of agency. The Game Director puts out fires and focuses on the bigger picture, not make the little choices that the designers do, choices that eventually add up into the actual gameplay experience. Perhaps this lack of control was frustrating, and Brode expressed some exasperation in an interview with Kotaku regarding the controversial Shaman legendary card, Shudderwock, which casts all battlecries that have triggered that game: 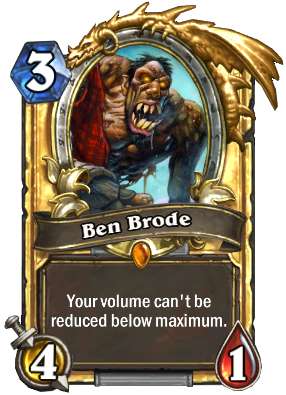 “These guys were play testing on Friday,” Brode said. “I watched a guy play Shudderwock, summon an exact copy, and then there’s another card called Grumble, who returns all of the minions to your hand, and now they cost one. And so that battlecry went off, and that second copy went back to his hand with a cost of one. And there’s 20 other battlecries. So this thing went on for a minute—and then he plays the second Shudderwock.” Brode shook his head, laughing.

Brode tried to put a stop to the madness, telling his colleagues: “Guys, whatever card you made that enables this, you just change it right now.” No can do, they told him. All of those cards are going into The Witchwood.

The never-ending animation problem with Shudderwock was addressed in a planned patch, (for the most part) but Brode’s departure coming so soon after an unpopular expansion causes concern among fans. Witchwood has not been very well received by certain prominent members of the community, such as streamers Kripparian and Brian Kibbler. The numbers back up the claims to a certain extent. Compared to previous expansions, Witchwood has seen a unique domination by two specific classes. 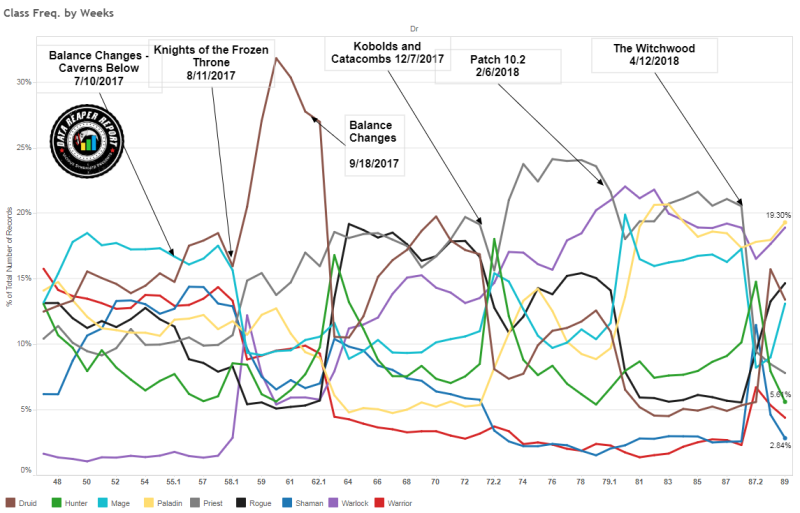 The picture above shows how two classes, Warlock and Paladin, have forced other classes from competitive play. The dominant Cube Warlock deck was unchanged by set rotation and made even stronger with the Witchwood expansion. The only real answer to the strategy was killing the Warlock before they can draw their unstoppable combo, which led to the rise of aggressive Paladin as the strongest counter.

As the player base becomes increasingly frustrated with the lack of diversity, Brode’s absence becomes more and more pronounced. If Hearthstone cannot maintain the positive rapport that Brode was so adept at creating, players may be less inclined to shell out another $50 bucks or more for the next expansion in four months. Why buy new cards when current ones are stronger?

The answer will lie in future balance patches, and Brode’s replacement. In his goodbye post Brode said: “I am confident the game is in the best possible hands, and I’m excited to see where a new generation of leaders takes Hearthstone from here.” Brode’s optimism is encouraging, but only time will tell. Its a safe guess that the new Game Director will come from Hearthstone’s senior design team, of which there are three major front runners:

Mike Donais: With over 20 years of card game experience, as well as hands on design experience with Magic: The Gathering, Dungeons and Dragons, and the original World of Warcraft trading card game, Mike Donais has all the experience needed to be Director. Qualified as he is, it may not be likely, moving Donais to a purely supervisory position would be a huge loss for the design team. His attention to balance is second to none, but he’s not known for generating hype. 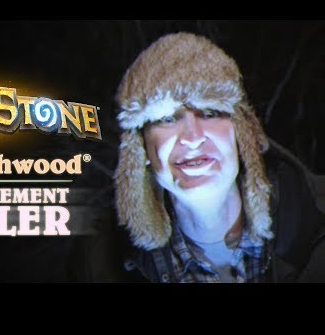 Dave Kosak: On the opposite end of the spectrum is David Kosak. He appeared alongside Ben Brode in the Witchwood reveal trailer, and has made many over the top presentations at Blizzcon. Kosak is a former comic book creator that is known for focusing on the storytelling aspect of Hearthstone, rather than the balance side. He was integral in designing the infamous Patches the Pirate, an omnipresent card that defined gameplay for a season before it was finally nerfed in Wild. Kosak is one of the few that has matched Brode’s passion onstage.

Peter Whalen: Creator of the Deckbuilding RPG Dream Quest, Peter Whalen has nearly as much design insight and experience of Donais, and all the storytelling prowess and infectious passion of Kosak. He comes across as authentic and could probably capture that trust that players had in Brode. Whalen describes the development process in the video below, and does so in a way that is clear and interesting. He could be the next face of Hearthstone.

Who do you think should be Hearthstone’s new director?

Are you sad to see Ben Brode go? (We will miss his laugh.)