Your intro to Overwatch League

Your intro to Overwatch League

Starting today, January 10th, 2018, at 4:00 PST the first internationally franchised E-Sports League began. You can watch the games live on Twitch, which reportedly paid 90 million for broadcasting rights. You can also watch at MLG, on the MLG app, or at the official Overwatch League website. Overwatch League, (or OWL for short) is the trailblazer that every gamer and E-Sports fan is watching with anticipation. If you want to support OWL, Overwatch League skins are now live in Overwatch. There is a new currency called “league tokens” that players use to purchase team skins for their heroes. The currency is bought with real money, and each skin translates to about $5 a piece. If you’re still not sure which team to root for, here’s our introduction to the OWL teams so you can get set for the season.

Philadelphia Fusion were the only OWL team that didn’t participate in the preseason. Reportedly this was due to visa trouble, but fans suspect the real reason for their absence was because their main tank, Su-min “Sado” Kim, got suspended for boosting. (Leveling low skill player’s accounts to higher rankings for money.) Sado wrote a letter apologizing, but we won’t see him for a while. Because we haven’t actually seen the Fusion play yet, they are a wild card.

Mayhem is a mostly Swedish team, owned by a company from Britain, representing Florida. If that confuses you, now you understand why they picked the name. They are the smallest team in the league with only 6 pros signed on. They are the underdogs, but they are wild and crazy underdogs, so they fit Florida well.

Who to watch: Undead

The Dragons have a great roster, but their teamwork in the preseason was shaky. They have the mechanics to compete, but they seemed to lack the organization of the other pro teams. This weakness could be attributed to the coaching staff, one of whom got fined for account sharing and communicating with other pro players without clearing it with management. Or it could be their lack of a strong shotcaller. Either way, the Dragons have an uphill battle, but they definitely have the raw talent to pull off upsets.

Who to watch: Babybay

The Shock roster is stacked. They have several strong damage players, and when Sinatraa and Super come of age they will be even stronger. Even without both of those star players, Shock had a strong preseason. They had moments of greatness where they showed an edge over the best teams in the world, and also moments where a misplaced ultimate or poor coordination caused them to lose fights. They have the mechanics to beat the best, they just need the teamwork to make it happen. This is a team that could shock the world.

Who to watch: Soon

What fans need to know:

Despite the benevolence of their name, the Valiant want to start rivalries. From players, to CEO, to the media department, the Valiant have been vocally competitive against other Overwatch teams, specifically the other California teams, the Gladiators and the Shock. They have the talent to back up the smack talk, and their performance in the preseason was strong. The Valiant view themselves as the people’s team, and compared to the big money behind the other Los Angeles team, the Gladiators, they are. Their hot blooded approach will guarantee intense, personal vendetta games.

The LA Gladiators have some big names behind them, and not just the players. Stan and Josh Kroenke are the owners of the LA Rams and are huge names whose financial backing adds a great deal of legitimacy to OWL in general. Their very established names is a double edged sword, with other less funded organizations gunning for them because of their popularity. This didn’t deter the Gladiators in the preseason, they had an impressive game against the London Spitfire, but lost to the Valiant. They are a strong team with even stronger financial support.

Who to watch: Jake

The Outlaws have most of the USA team from the Overwatch World Cup. This is the All-American team that was one of the favorites to challenge the Korean powerhouses, but their lackluster preseason performance means they might need some new leadership for this new lineup. They are ones to keep an eye on, but it looks like it may be an uphill battle.

Who to watch: Seagull

Fuel is a high level team with high levels of drama. Félix “xQc” Lengyel recently got in hot water for reporting other players out of spite, rather than for legitimate reasons, and he did that during a live broadcast.  Timo “Taimou” Kettunen got fined for making inappropriate comments. But the drama hasn’t stopped fuel from attracting top level talent and sponsors.They have a lot of big names and sponsors, but it looks like the hot blooded roster may make teamwork difficult.

Who to watch: Mistakes

The Uprising’s name is a nod to the fact they are huge underdogs. Their geographical rivals, the New York Excelsior, are one of the favorites to win it all. By comparison the Uprising has a relatively unknown lineup, and they have 3 support mains in their roster. Despite this disadvantage their performance during the preseason was impressive. They beat the Dragons and took a map off of Excelsior. They’ll have to rise high to beat the heavy hitters, but they have the potential to do it. 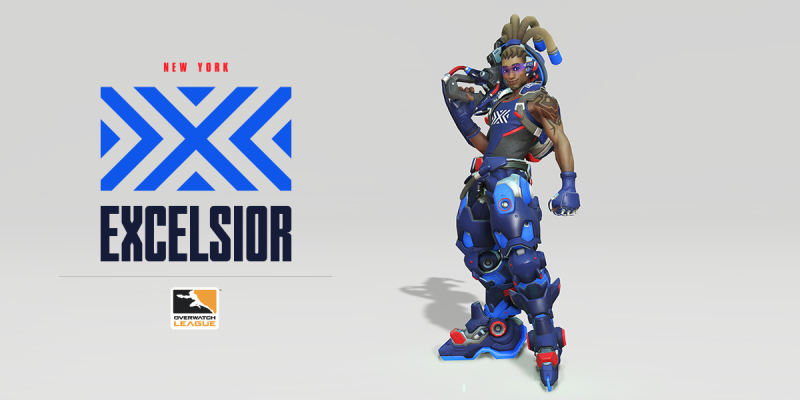 Who to watch: Flower

This team is in the top three of the league. The mostly South Korean team beat Boston Uprising in the preseason, but they lost to pseudo-rivals, Seoul Dynasty. The acquisition of Flower is a huge deal for the team, but until he comes of age halfway through the season they will have to go without. They certainly are capable of doing so, most of the team worked together on LW Blue so they have the teamwork aspect down. The real question is whether or not they can beat the other top teams without their star player.

Who to watch: Rascal and Birdring

London Spitfire has some of the best teamwork in the League. Unlike most of the other teams, almost all of London’s members have worked together before. Despite jumping off a plane, jet-lagged, with zero practice, their performance during preseason was impressive. They had a rough warm up against the Gladiators, but still took it to game 5. Their game against the Shock showed what they were really capable of, moving as a single unit to dismantle their enemy. Unlike most dps Rascal and Birdring work together flawlessly, and that teamwork could make London Champions.

Who to watch: Fleta

Seoul Dynasty already knows what its like to be the best in the world, because they are. Several of their team members were part of the South Korean team that took home the Overwatch World Cup. They are the bar by which every other team is measured, and they know it. They went undefeated in preseason, besting the Dragons, Outlaws, and most impressively, Excelsior. Seoul Dynasty is the team everyone is betting on, and with good reason. Almost all of Lunatic-Hai is on this team, and they dominated at APEX. If you want to root for the underdogs, you’ll be rooting against Seoul.